Marsh, who played professionally in New Zealand before joining the French national team, says many men are still reluctant to talk to anyone, even their doctor, about their health – especially problems ‘down there’.

“Our society is so focused on virility and masculine role models that, as men age and inevitably face health issues, they’re not equipped to talk about them and ask for help,” he says. “For many men that leads to loss of confidence, depression and reduced quality of life.”

“As a bloke you think you’re invincible, but I was in the prime of my career when I got testicular cancer. It happened to me so it can happen to anyone.” 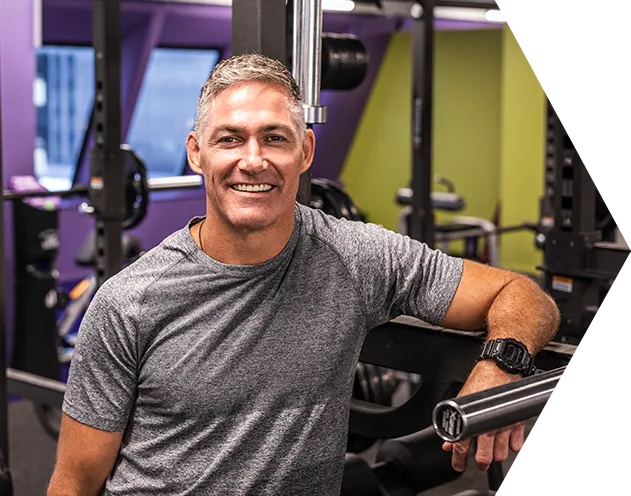 Marsh was only 31 and playing for France when a routine blood test showed changes in his hormone levels. Initially his coach asked if he was taking performance-enhancing drugs and suspended him from play. But when further tests revealed a tumour in his left testicle, the mystery was solved. “The next week I went to Paris and had my testicle removed.”

Following the operation, Tony underwent six weeks of chemotherapy. “It battered me around quite a bit,” he says.

“I had the operation in March and then played for France in the World Cup in Australia in September – but I paid for it big time.”

Ten years of regular check-ups later he has been given the all-clear and is back in New Zealand working as a personal trainer and men’s health advocate.

He’s an advocate for the Prostate Cancer Foundation’s Blue September fundraising campaign, and at Confitex we’ve recently appointed him our men’s health and wellness ambassador.

“It’s about bringing awareness to men’s health in general, and bringing it in a positive manner rather than something taboo that we can’t speak about,” says Marsh.

Having grown up living with his father and twin brother Glen (also a pro rugby player), then being immersed in the world of rugby from his teens, Marsh is familiar with all-male environments and men’s reluctance to talk about their health problems – often with serious consequences.

But leaving it too late to see a doctor or voice your worries to a supportive friend or family member can lead to a reduction in your treatment options and affect your chance of recovery.

“Slowly we’re making change and it has become more acceptable to talk about things and to show your vulnerability,” says Tony. “I have no issues talking about my cancer.”

His cancer journey has transformed his own attitude to personal training, and to his own health. “I used to think about health and wellness in a one-dimensional way – if you eat well and work out you’re going to be fine – but I don’t see it like that anymore. When you’re young it’s all guns blazing, every day’s exercise routine is pushing your body, but when you get a bit older it’s more about listening to your body and finding a balance.

“As part of that I’ve gone into some things I’d never done before, including yoga, meditation and breathing exercises. My approach these days is more holistic. It’s about slowing down, a different way of connecting with the body, so to speak. The benefit I get from that is huge. We’re all so busy these days it’s hard to switch off – so part of that is taking time to connect a bit more.

“The way I see it, meditation is about being present and in the moment – whether that’s going mountain biking, walking, playing golf or just stopping.”

“You come to a realisation that you’re not invincible and if you don’t have your health you have nothing, so it’s important to have regular check-ups and talk to your doctor if you’re worried about anything.”

In his new role of men’s health and wellness ambassador for Confitex for Men, Tony will be fronting a series of videos and articles encouraging health and wellness for men in their 50s and beyond, and asking the questions many men want to ask, but feel self-conscious about voicing.

Confitex for Men has recently launched a

as the result of medical issues or ageing.